Don’t let the bugs bug you.

According to my latest Country Gardener magazine, Why I Love Organic, has published a survey about people’s attitudes to bugs in the garden. I can’t find a link to it on the internet, which is a pity as it would be good to read the report directly.

Anyway, apparently a majority of people think that insects spoil summer.  Wasps come top of the hate list, followed by midges.  I’m sure this is a true reflection of our interactions with these pesky bugs.  But we shouldn’t rush for the swatter.

Wasps and midges aren’t sent to try us, they are part of an intricate web of life.  Did you know that without a species of tiny midge cocoa bushes couldn’t produce their seedpods and if that doesn’t happen we get no chocolate because that is made from the seeds within the pods!  The report found two thirds of us are ignorant of this connection.  Coffee production also relies on insect pollination so, just think, no insects means no coffee and no chocolate.  But the importance of insect pollination goes further than that.

We do better when it comes to bees and 94% of us know how they are involved in creating honey.  But my guess is that even here the lack of knowledge about their role in pollinating plants is greater.  Eighty percent of food plant species worldwide depend on insect pollination (this includes a small percentage pollinated by larger animals).

Matt Shardlow, Chief Executive of Buglife The Invertebrate Conservation Trust, said;  “The abundance of bumblebees, hoverflies, butterflies and moths is on a dramatic downward slide. These animals are the main pollinators of UK crops and wildflowers, and more than 250 key pollinator species are currently threatened with extinction.” 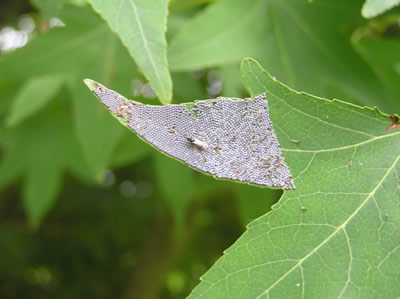 Buglife says UK crop pollination by insects is valued at more than £440 million every year, about 90% of which is undertaken by wild pollinators.  It is estimated that we rely on pollinators for one in every three mouthfuls of food that we eat.

But bugs are even more important than this.  They are connected to everything else in ecology.  Where insects are pests and munch on our lettuce or flowers there are other bugs designed to hunt them down and eat them, and this dog-eat-dog trail goes further with insects forming the main food of small birds and animals that then are prey to larger animals.

With regard to trees insects are important as they are part of the recycling process that goes on every moment of every day in the soil so that the nutrients and chemicals contained in dead plants and animals become available for use by surrounding plants.

Take the insects away and the whole ecological structure crumbles.  The rule of nature is that everything needs everything else and it is folly to break these connections.  We need all of nature.

It reminds me of the nineteenth century ditty by Augustus De Morgan;

It’s no fun being bitten by midges or sharing our picnic with wasps but we do need to share our space and our planet with them somehow.