Treecall Consulting is proud to be involved, along with Bartlett Tree Experts UK & Ireland and Bosky Trees, in the recent initiative to replace the props around the Allerton Oak.

A giant oak tree believed to pre-date the Norman Conquest of 1066 has been crowned England’s tree of the year.

According to legend, the Allerton Oak in Liverpool’s Calderstones Park was once home to a medieval court.

A huge crack splits the tree, attributed in popular myth to the explosion of a gunpowder ship on the River Mersey in 1864.

It beat a sycamore that grows on top of an Essex castle and a dragon tree on the Isle of Wight to scoop the prize.

The Allerton Oak received 34% of more than 11,000 votes and will compete in the 2020 European Tree of the Year award, the Woodland Trust said.

The Trust’s Adam Cormack said it was a “spectacular” example of a city tree with “an intriguing story“. 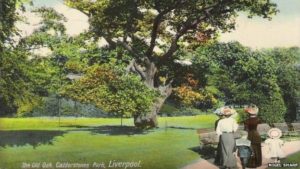 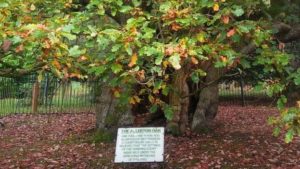 A sign at the base of the Allerton Oak tells a legend of its role in medieval times.

It reads: “One thousand years ago, Allerton did not possess a court house and it is believed that the sittings of the Hundred Court were held under the spreading branches of this tree”.

The suburb of Allerton was mentioned in William the Conqueror’s Domesday Book – the register of land made in 1086.

During World War Two, soldiers’ families would send acorns and leaves from the oak – an emblem of strength and endurance – to their loved ones to protect them. 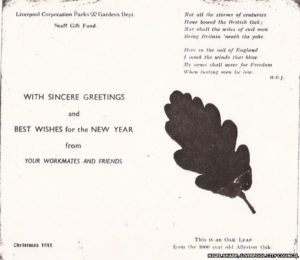 Liverpool City Council cabinet member for environment and sustainability Laura Robertson-Collins said it was “fantastic” that the “much-loved and cherished tree” has received this recognition.

“We are determined to make sure it stays healthy for as long as possible which is why we are about to start work replacing the supports for the tree limbs.” 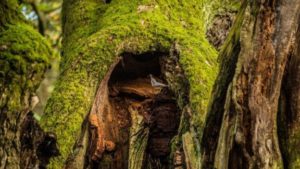