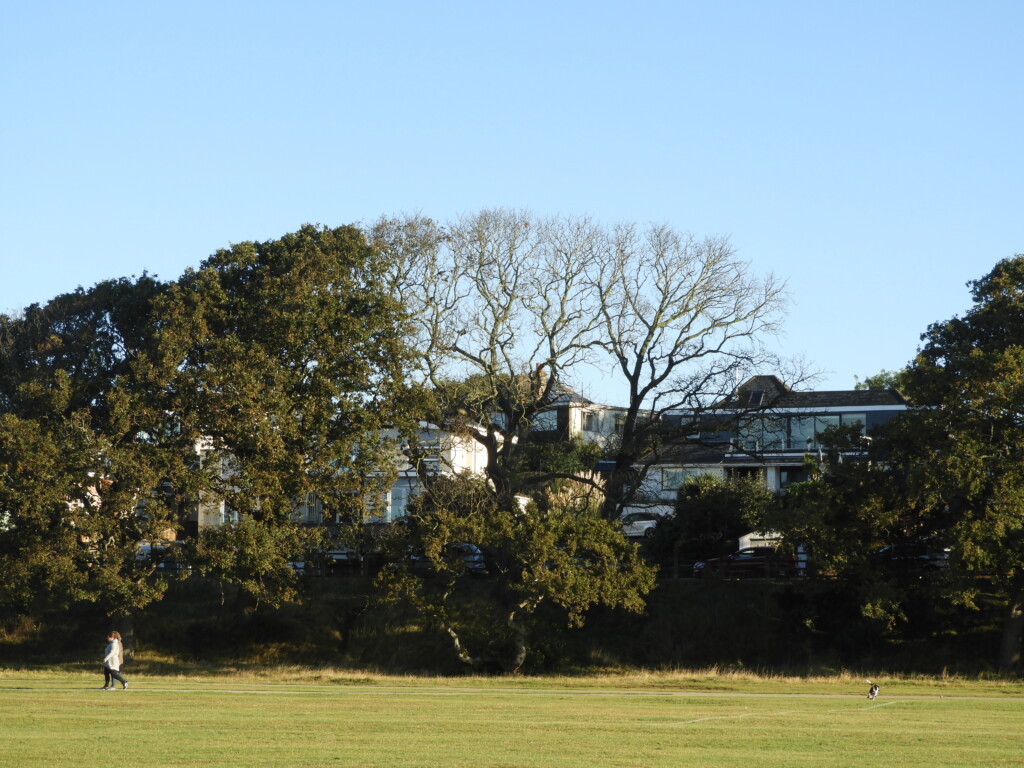 The two oak trees’ bare branches stand out against the fully-leaved trees on either side and along the edge of the park.

At Treecall Consulting Ltd we’ve known the site for over 20 years and I went to have a brief look at the trees for myself. I could easily identify which trees they were as their bare branches stand out against the fully-leaved trees on either side and along the edge of the park. It was also easy to see holes drilled into the lower parts of the trunks, and I even found a hole that had grown over (occluded) suggesting that some of the drilling is recent, and some were done some time ago. 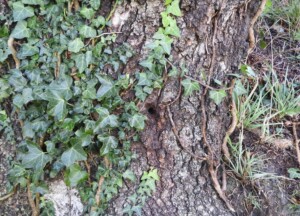 A drill hole, likely to have been used to poison one of the trees.

A hole that has grown over (occluded).

Problems with the health of trees along this edge of Whitecliff Harbourside Park are longstanding in Poole. I recall dealing with such incidents at different points along the road when I worked as a tree officer at Poole Borough Council and there has been other illegal damage done over the past twenty years, since I left.  It’s happened to large mature trees in this instance, but in the past, it’s also been done to young trees and even those that have been specifically planted as replacements for other vandalised trees.

It’s a very tricky crime to fix, so what should be done about this?

In Australia some new responses have been for tree vandalism. In Perth residents who vandalise street trees are publicly branded; if a tree is illegally removed, a large billboard the size of the tree is erected in its place for at least 12 months. At Blacks Beach in Queensland the council opted to block the views gained by illegal clearing of multiple trees with three large billboards. These responses ensure any householders hoping for a better view are shamed and won’t benefit.

I don’t know if these are options being considered by BCP, but locals seem to agree that something should be done to deter people from doing this and to make sure people don’t benefit from this vandalism.

There is clearly a determination from some residents of Whitecliff Road to punch gaps in the strip of trees along the edge of the road. The only way BCP will get control of the situation is to match this determination with their own. This will take a lot of thought, energy, preparation and time, but it is completely irresponsible for a few people to undermine something of great value to the wider community.

Our view is that BCP should speak to all the local residents surrounding the park and in the local area to find out the consensus view about trees and the environment in this part of the town and, hopefully, to gather support for a high-profile tree-planting scheme to extend the size of the strip of trees. This will take time, but it could establish a more resilient group of trees and provide a legacy for future generations.

It’s important that publicly owned trees are protected and looked after in our area, especially since BCP Council has announced a climate emergency. Trees are one major resource that can be used to mitigate environmental changes in our conurbation.